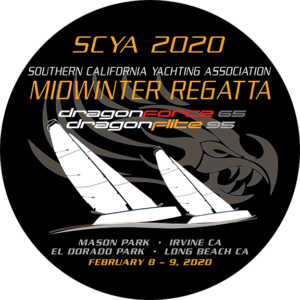 he Dragon Force 65 and the Dragon Flight 95 made by Joysway.

These two models bring out all kinds of boaters from the very experienced to the young novice and make for a very even class race.  Racer like Steve Pearce from the UK making this truly an international event, others from Lake Gregory and San Diego, locals from Mason Park (Orange County Model Sailing Club), and El Dorado Park (Helmsmen Model Yacht Club) and other local Southern California Yacht Clubs all enjoyed two days of great outdoor model yacht sailing.

The DF95 Fleet showed 33 racers on the first day at El Dorado Park in Long Beach. After a heavy rainfall only one race was completed so they cancelled the remaining races for the day and waited till Sunday February 23rd to try it again.